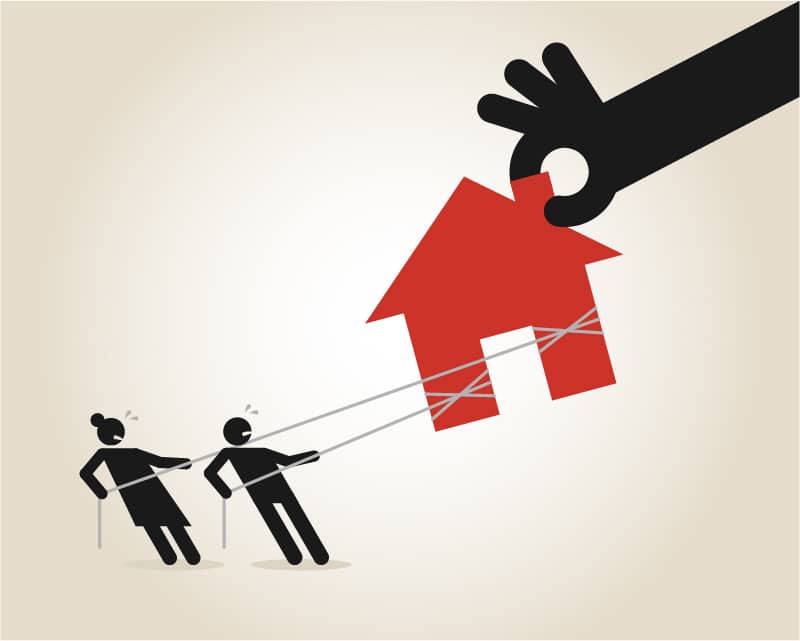 Before the property crash in 2007, interest only mortgages were popular with borrowers who were struggling to get on the property ladder, but who couldn’t afford a regular repayment mortgage.

Under the terms of an interest only mortgage, the borrower only has to make monthly payments to cover the interest on the mortgage, but once an agreed term has passed, they will have to pay the full value of the loan.

Banks were supposed to ensure that borrowers taking interest only mortgages had a repayment vehicle that would allow them to pay off the debt when it is due. In practice, however, banks often failed to do this. Many lenders assumed that house prices would keep rising and that homeowners would always have the option of selling their home to pay off the mortgage.

Prices didn’t keep rising, off course, and now more than one million homeowners have no way to pay off their interest only mortgage.

Research by Citizens Advice recently found that there are 1.7 million interest only mortgages without a linked endowment or other means of repayment. Nearly one million of these borrowers have no plan at all in place for repayment and many say they haven’t even thought about how to repay the debt.

Research from equity release lender More 2 Life has also found that 41% of over 65-year-olds with an outstanding mortgage are on an interest only deal. With their incomes lower than most working people, pensioners are in particular danger from an interest rate rise pushing up their repayments.

One of our recent clients, Darren, took out an interest only mortgage with his brother just before the crash.

He said; With increasing pressure to gain access to the property ladder, a poor financial situation and a need to leave our current living conditions, we were led to take out a high interest only mortgage agreement.

At the time this was acceptable as property values were still increasing at a high rate and it was intended to be a temporary living arrangement. As house prices dropped dramatically and the property value decreased into negative equity this prolonged the time we planned to stay in the property.

When Darren came to Negative Equity, he was stuck in a property with no way to repay the £91,585 capital left at the end of his interest only mortgage and worried that an increase in interest rates could make even his monthly interest payments unaffordable.

Darren’s situation was typical of many people with these mortgages. With property values still lower in many areas compared to their pre-crash prices, selling a property may not be enough to pay off the loan, while a potential rise in interest rates could hike up monthly repayments.

| What happens if interest rates go up?

With inflation rising and the economy growing, there has been increasing speculation that the Bank of England’s Monetary Policy Committee could decide to raise interest rates before the end of this year or early next year, with one member of the Committee even suggesting that two rate rises may be needed over the next two years.

If this happens borrowers with interest only mortgages could find themselves facing much higher monthly repayments. As these mortgages were especially popular with people on lower incomes who couldn’t afford regular repayment mortgages, these borrowers could find their finances coming under serious pressure.

There’s no point in waiting for the end of your interest only term, when you know you can’t repay the capital, or for interest rates to rise making your monthly payments unaffordable. Dealing with the situation before it reaches a crisis point will make it much easier to resolve and will give your credit rating more time to repair itself so you can buy a new property if you choose.

At Negative Equity UK we’re experts in dealing with property debt. We’ve helped hundreds of people deal with their interest only mortgage. In Darren’s case, we were able to write off £79,385 of his debt, 87% of what he owed, leaving him with much more manageable sum of £12,000 left to repay.

Contact us now for an initial free, no-obligation consultation to find out how we can help you before you find yourself in a mortgage crisis. Call 0161 631 2727 or go online to https://www.negativeequityni.com/interest-only-and-no-way-to-repay/.